Posted at 15:55h in by Ankita Handoo
April 29, 2021 | Sector: Public sector
The Central Bank of Kenya (CBK) has recently announced the release of additional data on remittances, showing the amounts received from individual countries. Since 2007 CBK publishes monthly data on remittances grouped into three broad regions; North America, Europe, and the Rest of the World. In addition to this broad grouping, CBK has now introduced a detailed breakdown of the remittances by individual countries from which they were sent. The new detailed data start in February 2019.
View more 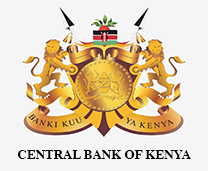